Two little kisses,
Running around,
She picks up toys from the ground.

Ticking of the head and heart,
Words on lined paper,
She strums her guitar.

She never wears beige or grey,
They blend,
They fade,
She has something to say.

Loved ones live,
In a angelic place,
It makes her realise that life's, a paragraph on a long page.

The bouncy ball,
That used to follow the words,
Now carefully stops before,
The next sentence is heard,

The ball has turned into a bell,
Breaking the fearful spell,

One day has turned to many nights,
Writing songs to bedroom ears,
She reads a book,
'About a Little Bird'
Who wanted to sing and thought,
It would  never  be heard.

With her spotty pj's on ,
She writes another heartfelt song.
Her eyes begin to flutter and with a pen in her hand,

She drifts into a melody where she believes she can ,
She is no longer waiting aimlessly and Jasmine Winters born.

Jasmine because of the sweet perfumed flower which spreads contagiously and is difficult to cut down.
Winter because it was the season she was born in to perform.

I hope you enjoy my stories and songs !

Wishing you A million smiles,

Posted by Jasmine Winter at 16:22 No comments: 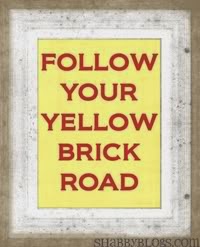 Posted by Jasmine Winter at 05:07 No comments:

Sarah Buxton - Crash Into You

Sometimes you have those days when you just shouldn't have got out of my bed!
Those days can turn into months and even years if you don't just keep going.


I think the word attitude gets a bad wrap and has too many negative connotations.
I am learning everyday that your energy, attitude, vibe can really influence people.
Its only taken a few decades and about twenty or so self help books, the universe and Oprah.

I have also learnt not to be afraid !
If you don't make mistakes, you wont learn and hence grow from the experience.
Yes cliche but true....so too bad.(see attitude)

When your a kid, you just go for it and don't worry about what others think, but unfortunately as we get older we start to judge others and ourselves to sometimes become our own worst enemy.

So this brings me to Sarah.
Sarah Buxton is a singer/songwriter who wrote one of my favourite songs called 'Stupid Boy'.
The song was covered and a huge hit for Keith Urban.

Here is a clip of her singing 'Crash Into You' and unfortunately it doesn't go according to plan.
I will also include her song 'Stupid Boy' just because the song is so so so good !

So I'm starting the new year with attitude, determination and the amazing ability, to laugh at any situation I totally stuff up and Just Keep Going!

Posted by Jasmine Winter at 04:50 No comments:

When is a Noodle not a Noodle

I prepared three songs to perform, and one of the songs had to mention Christmas in some sort of way.

Oh Jesus, what was I going to sing for that song !

So I borrowed a few books from the library including a Christmas Carols book...but alas the Carols book was wonderful, but most of favourite carols have those dreaded barre chords.

It is my New Year resolution to stop using my wonderful capo friend, and force myself to play barre chords.
I've tried lots of times, but I'm so impatient.

But that's probably another post....later about barre chords!

We also had to bring something to share...well I always have plans of grandeur.
In the end reality bites ..I asked a friend for her recipe for ' chocolate spiders' .
Not the incy wincy kind but the noodle kind, hence the title of this post.

Well let me tell you I went all out and made dark and milk chocolate spiders.

Then presented them in a Christmas box complete with cellophane and red ribbon.

Thinking I had everything beautifully organised, I was excited about the last Guild and how I had taken tiny little footsteps to finally stop writing and playing for my audience of one and taken my music beyond the bedroom walls.

However it was not all Jingle Bells as I had incorrectly looked at the work roster and was meant to be working my day job. I also  planned a quick getaway from my Mums house who was babysitting but my little boy didn't want me to leave.

So I was feeling incredibly silly about missing work and guilty about leaving my son!
Off I went hesitatingly to sing a couple of my little songs.

Well I finally got there and my performance was okay.....and I added a verse to my song 'Chocolate kisses' to include a Christmas message.

But the chocolate spiders were the chart topping hit!

The moral of the story is that " Chocolate will always save the day". 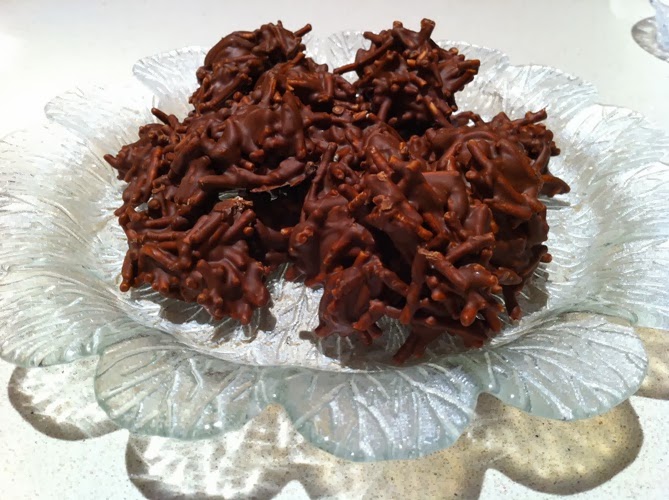 This is meant to be a blog about chasing your dreams and my musical adventures, however I have included the link to the recipe for the chocolate spiders, as everybody loves a happy ending and lets face it chasing your dreams makes you hungry!
http://www.changs.com/recipes/chocolate-spiders/

Posted by Jasmine Winter at 04:41 No comments:

This is a new series of posts where I think something is amazing and inspiring!

I have always loved the song 'Eye of the Tiger' and thought I might try to mash it with Katy Perry's 'Roar'.

I searched You tube to try and work out how to play it, and found Tomi.

Posted by Jasmine Winter at 16:16 No comments:

I pick Truth and Darebin !


Yep oops I did it again and not Brittany style either I actually sang!

I picked up my faithful friend and sometimes foe, my guitar and drove to Bar 303 again, but this time I had  some roadies, my Dad who has never seen me perform before and Uncle came for the battle....

But it actually wasn't really a battle. It is with a lovely group of songwriters who share their stories in song. The energy in the room feels  a little magical as you wait for the next performer to play their songs.Their stories, experiences and passion for writing  captivates  me and even inspired my Dad to start writing.

Every chance I get to perform I try to reflect and learn.
I was a little nervous and speedy on the guitar, but I'm delighted to be out there writing, singing and playing. If people get or feel something when they hear my songs I am happy,

The song I performed is a thank you note to my Grandmother for her sacrifices to ensure future generations  of her family have a better life....hence Amilia smiles.

Jasmine Winter
I feel like I should do a little tap dance and then shout out ta-dah. Thats a bit like me and my first love was dancing.